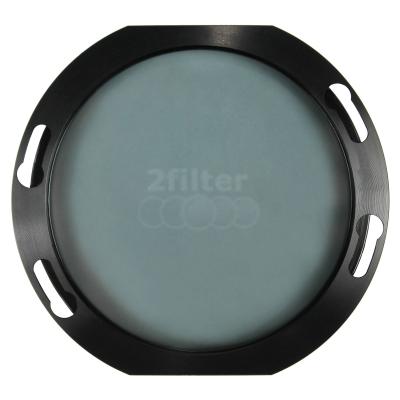 $278.00 InStock
S5PL
The beauty of the Seven5 polarizer lies not only in its simplicity (it snaps onto the filter holder and is ready to use), but also in the fact that it can be rotated independently of any other filters. This means it can be used in conjunction with any two LEE Seven5 filters of your choice.

A polarizer works by cutting out certain waves of light from reflective surfaces, making colors appear more saturated. But there is more to this filter than simply ramping up the color of a blue sky. It can be used more subtly, too. While rotating the polarizer fully will result in the aforementioned deep blue sky with clouds that appear to leap out of the image, rotating it by just two thirds or three quarters will give a slightly more delicate  and potentially more realistic  result, with less contrast between cloud and sky, and an image that is more believable to the human eye. And its far from being a filter only for the landscape photographer. Those with an interest in architectural pictures also find it invaluable, as it cuts reflections  which can render an image confusing and muddled  from glass and metallic surfaces.

The polarizing filter is an extremely versatile tool that can bring depth and dimension to an image.