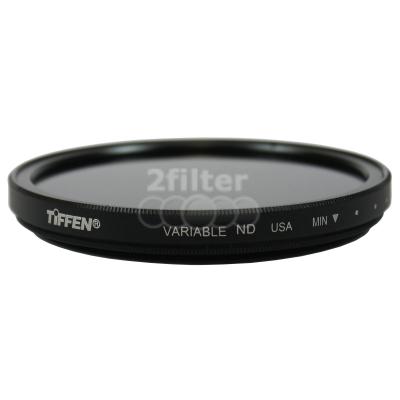 $108.99 InStock
52VND
The Tiffen Variable Neutral Density Filter offers a unique way of maintaining total control over your depth of field as well as presenting an efficient way to create some special effects. The filter is designed with a built-in rotating ring that controls neutral density ranging from 2 - 8 stops (0.6- 2.4). The heavier the density, the slower your shutter speed will be. This longer exposure allows the shutter to remain open long enough to record the same amount of light but will also create movement within the shot. Another major benefit of this filter is the elimination of having to buy and carry around individual neutral density filters. With this one filter, you can rotate to the degree of ND you want - a real time and money saver.