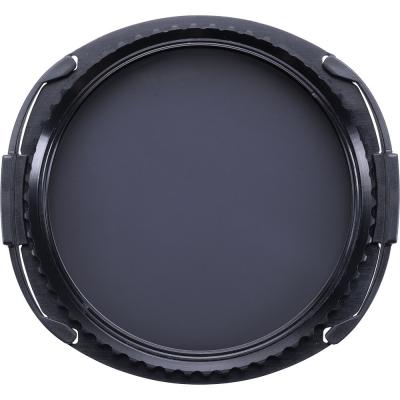 $193.20 Reg. Price $276.00   You Save $82.80 InStock
OBL85PL
When light from the sun bounces off a flat non metallic surface, such as glass or water, it becomes polarized with all of the reflected light waves vibrating in the same plane. This reflected glare can be removed by the polarizing filter.

The LEE85 Polarizer simply clicks onto the Holder (either on or off the camera) and can then be precisely rotated, independently of any other filters in the Holder such as ND Grads, for just the right degree of polarization.

To attach the LEE85 Polarizer to the LEE85 Filter Holder simply follow these steps:

Why use a Polarizer?

Polarizing filters are used to manage light at wavelength scale, and if magnified could be a likened to a series of microscopic slats.

In use, as the filter is rotated, it either transmits or blocks the waves of light that are vibrating in particular orientations. When light from the sun bounces off a flat non metallic surface, such as glass or water, it becomes polarized - i.e. all of the reflected light waves vibrate in the same plane. This reflected glare can be removed by the polarizing filter.

Rotation of the filter will be needed to find the optimum position of the Polarizer. In photographic terms this can render water or glass transparent, and gives the impression of saturating colors in a scene, because much of the reflected glare from the subject is removed by the Polarizer.

On a clear sunny day, much of the light in the sky is also polarized, and the filter will give a very strong blue effect when used at 90 degrees from the sun - any white clouds will stand out impressively.